Imagine what you’d think if the latest IT survey—perhaps even the Arcati Mainframe User Survey—said that the majority of mainframers are able to perform above the average. Would you think that sounded right? Or, would some small piece of a math lesson from long ago keep nagging away at you, arguing that some people would be average, some would be below average, and the rest would be above average—but not enough to be the majority. But is that right?

It’s a bit like drivers, really. If I were to ask a room full of people where they’d rate themselves on a scale of driving ability, I’m pretty confident the majority would place themselves well into the “above average” section of the scale. And I would bet it’s the same with mainframers. All those years of experience, all those late nights and weekends spent solving really difficult problems and learning arcane pieces of knowledge; I’m sure they would rate themselves well into the above-average end of the scale. But does that make any sense? After all, the average has to be in the middle—everyone knows that!

Let’s look at those car drivers for a moment. Suppose we had a room with 100 car drivers in it and we asked them to rate their driving ability on a scale of zero to 10. And let’s suppose that 99 of them rated their driving ability as a 10. But, one driver in the room kept having car accidents and was virtually uninsurable. That person was feeling pretty glum today, so they rated their driving skill as zero (and then went off to find someone to give them a lift home).

Now, let’s do some math. The average or mean (sometimes called the mean average) is calculated by adding up all the scores, taking the total, and dividing it by the number of scores. In this case, there were 99 people who gave themselves a score of 10, and one person with a score of zero, giving a total of 990. And there were 100 people in the room taking the survey. So, the calculation is: (99 × 10) ÷ 100. Therefore, the average is 9.9 (990 divided by 100).

Because the average score is 9.9, it means the 99 people who gave themselves a score of 10 consider themselves to be above-average drivers.

And it’s perfectly possible for the same result to be obtained with mainframers. Most sites have mainframers who’ve been doing the job for a long time and have a deep knowledge of mainframe technology, what goes on at their site in terms of the mix of jobs and databases, and what needs to be run first to ensure the next thing works properly, so they are definitely going to score themselves very highly (almost definitely 9s and 10s on the scale). There are also a few people who are just finding their way around the mainframe. For them, a mainframe is quite different from anything they’ve worked on before and they are just beginning to realize how much they don’t know about Big Iron. These people would realistically have to score themselves quite low (1 or 2 on the scale).

For our drivers’ scores, I was using a fairly extreme example. However, the same result will occur wherever there is skewed or “asymmetric” data, i.e., where most of the answers fall on a particular value on the scale. So, it is perfectly possible for, say, 75 percent of mainframers to be above average.

Those of you who know about math, or who help your children with their math homework from time to time, will know that the mean isn’t the only way to think about averages.

The reason someone might think it’s not possible for more than half of a group to be above average is because they mix it up with the median, which is the number in the middle of a list of values after they have been sorted into numerical order. (If there is no middle value, then the median is calculated as the average of the middle two values.) In other words, 50 percent of the results are higher than the median, and 50 percent are lower.

Although I don’t know of anyone who has surveyed mainframers to see how good they think they are, I am confident, and I am sure you’ll agree, that the majority of them are well above the average! 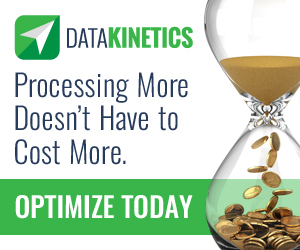