In today’s business world, the pressure to deliver faster to be “in the business”, the importance to reduce outages and the time to solve any issues to have business applications available 24×7, increase exponentially. Mobile and internet penetration in the daily activities require business applications to be always available, scalable and timely updated to react to business or users’ requests. All of this agility and reliability is achievable having in the backend a team that works together on problem determination beyond the specific subsystem point of view. The team needs to have a complete end-to-end view of the applications components, and access to the log data from different subsystems of the final applications. The fast and comprehensive access to the IT Operational Data is crucial to achieve the goal given from current business expectations.

IT Operational data is data that is generated by the z/OS system as it runs. This data describes the health of the system and the actions that are taking place on the system. The analysis of operational data by analytics platforms and cognitive agents can produce insights and recommended actions for making the system work more efficiently and for resolving or preventing problems.

IBM Z Common Data Provider (ZCDP) is a product that is able to collect all the z/OS IT Operational Data, including System Management Facilities (SMF) data and z/OS log data, such as SYSLOG (IBM z/OS System Log and USS Syslogd), JOBLOGs and application logs (IBM CICS Transaction Server logs and IBM WebSphere Application Server logs),as a single source provider for both structured and unstructured data in near real-time and on demand. All these IT operational data are filtered and streamed by ZCDP to the configured analytics platforms like Elastic Stack, Splunk and IBM Z Operations Analytics, in a consumable format for health monitoring and problem determination.

As SMF data is an important type of z/OS operational data. The following section will focus on the ways to configure ZCDP to stream SMF data.

There are three methods to configure in ZCDP to stream SMF records in near real-time to analytics platforms. Each one has its advantages and considerations. See the following for more information.

If SMF is configured for log stream mode but the SMF in-memory buffer is not configured, configuring ZCDP to pull SMF records directly from log stream has a side consequence that when ZCDP pulls data from the log stream (at a configurable interval, which is 1 minute by default), it causes a log stream switch. This switch results in a file being generated with the SMF records since the last switch from which ZCDP can read the latest SMF records.The undesirable side effect is that you end up with a lot of smaller files (potentially 1per minute if you leave the default interval of 1 minute), this can be an annoyance to clean up or potentially cause a concern if you drive automation on the log stream switch. It is for this reason that it is strongly suggested that when SMF is running in log stream mode, you also have the SMF in-memory buffer configured and configure ZCDP to pull from the SMF in-memory buffer.

For customers who run SMF in data set recording mode (SYS1.MANx) (and aren’t moving SMF configuration to log stream mode), they can use the capability to collect and stream SMF data through a set of SMF user exits. Note that the SMF records are not pulled from the SYS1.MANx data set, the records are processed and streamed in near-real time through the new SMF user exits provided by ZCDP.

For all or specific operational data, collecting and streaming them for further analysis are vital for the healthy and sustainable operation of the z/OS system. IBM Z Common Data Provider enables your business to stream these data in a consumable format to multiple analytics platforms to monitor the system and quickly find where problems lie. For more information about ZCDP, see https://www.ibm.com/us-en/marketplace/common-data-provider-for-z-systems

Domenico D'Alterio
Senior Offering Manager at IBM Systems
Domenico is a Senior Offering Manager in IBM Systems, currently managing the strategy of IBM Z Automation offerings. Since 1999, he has worked in multiple areas of System Management spanning over mainframe and distributed platforms in IBM. In the last few years, he defined the strategy of operational analytics and automation products on Z platform.

Brad Fisher
Senior Technical Staff Member and Architect at IBM Systems
Brad Fisher is a Senior Technical Staff Member and Architect in IBM Systems. He has been working in the IT industry for over 30 years, and has held positions in Cloud, Process Automation, Systems Management and Security. Most recently, he has been working as an Architect in Z Systems, focusing on leveraging the wealth of data on Z platform and using operational analytics to derive insights to help customers successfully manage their enterprises.

Latest posts by Brad Fisher (see all)
Share this article: 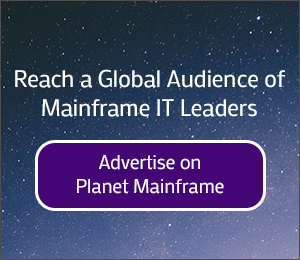